As mentioned in an earlier post, there are many potential sources for error when it comes to Blood Alcohol Testing for DUI.  This is very important in blood-based DUI cases where the Blood Alcohol Content (BAC) is reported because many of the prosecutors I have faced erroneously believe that these blood test results are infallible in DUI cases in Pennsylvania .  They believe if there is an alleged blood test showing a BAC level above the legal limit, that is enough to prove a DUI was committed.  They do not want to look at the number to see if it is true.  Fortunately, in the United States, we do not have a trial by paper or by computer or by a magic number, we have a trial by jury.  By law, the Jury must examine the reported number.  The government and the government only must prove the number beyond a reasonable doubt starting from the position that it is not as that is consistent with the Presumption of Innocence.  There is but one presumption in a DUI case and that is not the presumption that the reported BAC is true, but rather that the accused is presumed to be innocent of the charge.   The BAC level attained from these blood tests must be verified, true, accurate, precise, traceable and relevant to the case to be considered as evidence of a DUI.

So in that prosecutors think that blood tests yield perfect results in all occasions, in this post I will prove that something so seemly insignificant such as putting a lid on a jar early on in the methods used by laboratories for DUI blood tests based upon the “gold standard” of Blood Alcohol testing which is Headspace Gas Chromatography, can be fraught with potential sources of error that can visit disastrous incorrect results.

To crimp is the physical act of attaching both the septum (the membrane that the needle passes through) and the cap (the metal ring) to the headspace vial as demonstrated below.  The devise used to do so is called a crimp (kind of like a walnut cracker).

As headspace gas chromatography (as opposed to direct injection) is based upon Henry’s law.  Henry’s Law states that at a constant temperature, the amount of a given gas dissolved in a given type and volume of liquid is directly proportional to the partial pressure of that gas in equilibrium with that liquid.  Or stated differently, an equivalent way of stating the law is that the solubility of a gas in a liquid at a particular temperature is proportional to the pressure of that gas above the liquid.  Headspace gas chromatography requires a closed system (i.e. no pressure leaking from the gaseous phase).  As a result if the crimping of the headspace vial (which is typically a manual process) is not complete, then it is not a closed system.  Hence, without assurances that the crimping is properly done, there is a large possible source of error as Henry’s Law is violated.  It is indeed the entire principle upon which Headspace Gas Chromatography is based.

On the below left is the (manual) crimper.  On the right is pictured a de-capping pliers. 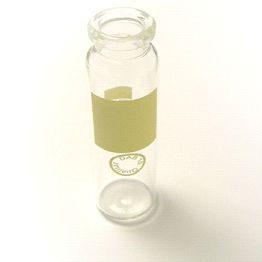 To the left is the vial.  Not all vials look alike-some are used once and discarded; others are re-used.  It depends upon the lab.  This is yet another potential source of error if not properly cleansed.  There should be a validated Standard Operating Procedure (SOP) for that too as well as an SOP for drying and even cleaning the drying rack. 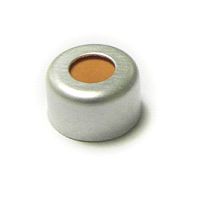 Not all septa are the same….

Some are made of Teflon or Silicon/Teflon, others made of Butyl/Teflon and some are even rubber (which is very poor) 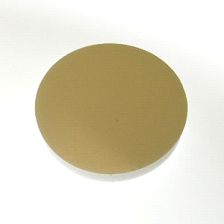 Above is a septum

N.B., not all vials are crimped.  Some are screw on tops, like the below.

There are even crimp snap tops too.  Pictured below:

The above is the completed, crimped headspace vial.

As we can plainly see, something as simple as putting a cap on a jar can invite so much error into the process.  This is why blood testing needs to be documented so that an independent examiner can go back and make sure the BAC as reported is verified, true, accurate, precise, traceable and relevant to the case.

2 responses to “Crimping a Headspace Vial in Gas Chromatography: How not putting the “lid on the jar” can lead to disaster in a DUI case”