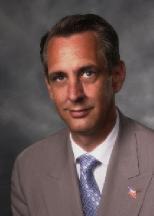 You get accused of a DUI and then as a consequence on top of everything else, you forfeit your family’s car?

What sort of bizzaro world is this?

We do not have to worry about that here in Pennsylvania, but in other parts of the United States this is the law.  It was the law in Illinois.  Well, not any more in DuPage County Illinois at least thanks to the Huclean effort of expert DUI attorney Donald Ramsell, Esquire.

This was extensively covered in the Chicago Sun Times article entitled "Judge: Law allowing seizure of drunk drivers’ vehicles is unconstitutional".  In summary form the reporter writes that

A DuPage County judge ruled that Illinois’ vehicle forfeiture statute gives the state too broad of authority to impound vehicles, particularly in cases where a vehicle’s co-owner loses a car despite not being charged or where an accused offender faces only misdemeanor charges.

The advocate who argued to have the statute ruled unconsitutional was quoted as saying:

"In some instances, innocent spouses, employers and ex-girlfriends of the drivers have had to wait over two years for the return of their vehicles due to the failure to have prompt reviews,” said Wheaton DUI lawyer Donald Ramsell, who represented the three accused drunk drivers.

Common sense and the constiution wins one.  Attorney Ramsell is one of my personal friends and is a superior advocate for the citizen among us who is accused of a violation of the law and now also the innocent owners who are impacted by the draconian law of civil forfeiture of the vehicle.  Great job to Attorney Donald Ramsell.