How would you feel if you were randomly stopped and intimidated by the police into providing an oral swab even though you had committed no crime at? This type of abuse of power couldn’t happen in our free country could it?

Welcome to Police State of Pennsylvania.

Just last week a private firm conducting a federal survey randomly stopped motorists with the help of police officers and forced innocent private citizens to answer questions and submit to an oral swab. This type of blatant government intrusion is clearly unconstitutional and violates the Fourth Amendment. 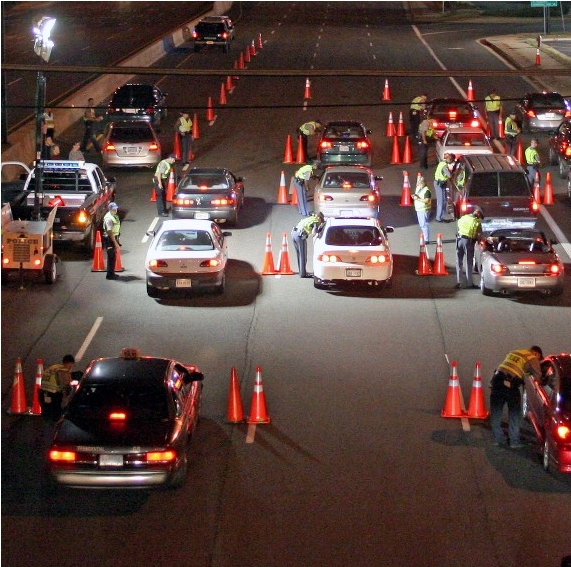 A private firm with a federal contract – and backed up by city police – forced motorists off Laurel Street and into a private parking lot Friday to question them about their driving habits and ask for a swab of their mouth.

“I feel this incident is a gross abuse of power on many levels,” Reading resident Ricardo Nieves, one of those stopped, told City Council Monday.

He said federal and local tax dollars were being used to stop innocent people without probable cause, and allow a private company to hire uniformed police to force citizens to listen to their questions.

He said he wasn’t told what the swab was for, but added, “Clearly it was for DNA.”

The checkpoint was among several being carried out in Pennsylvania by the Pacific Institute for Research and Evaluation, hired by the National Highway Traffic Safety Administration and the White House Office of National Drug Control Policy.

City Police Chief William M. Heim said the two federal agencies are trying to see what can be done about crashes and injuries, and the swabs were not to get DNA samples but to test for the presence of prescription drugs.

The checkpoint was supposed to be voluntary, but Nieves said he had to refuse several times over a five-minute period before the woman taking the survey let him go.

What irked Nieves was the presence of city police. He said they were there – including a police car with flashing lights – to intimidate motorists, and gave the checkpoint an air of authority it would not otherwise have had.

The question is why would the government and police do this? The answer is even more disturbing than the methodology. The swab samples were taken as part of an initiative targeting prescription drug users. Under current state and federal laws, drivers using many common prescription drugs are considered to be impaired if the medication is present in certain level. This hypothesis that having a drug at a certain level equates impairment is utterly unscientific. The problem with these per se drug limits is that these level are dictated by lawmakers or those with no pharmacological background. They are completely arbitrary and even someone taking medication in accordance with their prescription can be arrested for being over these limits.

The government wants more DUI prescription drug arrests. Nearly 70 percent of Americans are on Prescription Drugs. I discussed this issue in detail in a previous post: Oral Fluid Drug Test for DUID cases.  The is the new wave in law enforcement.

Currently there is only one device, the Dräger DrugTest ® 5000, which is a federally approved device for drug testing at roadside.  There are  also only two defense firms in the country which own a Dräger DrugTest ® 5000 one of them is: The McShane Firm and Josh D. Lee. We are at the forefront in DUID defense and are ready to litigate using cutting edge technology and science.

If you are charged with a DUI for drugs, including prescription medication, in Pennsylvania, please call 1-866-MCSHANE for a free consultation with The McShane Firm: The Science Attorneys.