Researchers at the Mayo Clinic recently published a study that found that nearly 70 percent of Americans are on prescription medication. This is a major concern because of the strict DUI-drug laws in Pennsylvania and the arbitrary way in which these cases are handled. 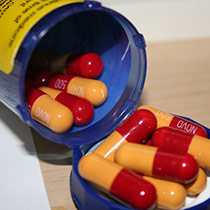 DUI-drug laws extend beyond illicit drugs and include all prescription medications.  In fact, in many cases the sheer mention of being on medication (regardless of the prescription of the drug and that you are under a physician’s close care) coupled with the officer’s lay opinion about your driving, is enough to get arrested and charged.  Here are some of the common issues when it comes to DUI with prescription drugs.

DUI drug charges fall under the highest penalty tier in Pennsylvania.  This means that a driver will face the harshest penalties. Even for a first offense, the penalties include:

Anyone Can be Charged

You don’t have to be an illicit drug user or heavy drinker to be charged.  As stated in the study, the majority of people are taking prescription drugs.  Medications have different effects on different people and all it takes is the officer to  THINK or GUESS the driver is impaired to make an arrest. This leaves many people vulnerable to being charged with a DUI drugs offense.

The police use a battery of tests called the DRE protocol (Read: The Problem with Drug Recognition Expert and Why it is Designed for Failure) which lacks proper scientific scrutiny.  Much of its is based on the opinions and observation of the investigating officer.  So basically it boils down to this: If an officer merely thinks you are guilty, you are getting arrested.

DUI Drug Cases are More Difficult to Defend – For the Inexperienced

DUI drug cases, especially those involving prescription drugs, can be very difficult for an inexperienced defense lawyer to defend. In fact, it is impossible.  This is because there are many issues that involve knowledge of chemistry, biology, pharmacology and a host of other scientific disciplines.  Most attorneys do not have the scientific training to properly handle these cases.

At The McShane Firm, we pride ourselves on our scientific knowledge and use that to defend our clients.  No law firm has dedicated the time to learning and teaching about DUI drugs as we have.  In fact, I have a series of lectures about the topic: