DUI checkpoints are becoming more and more popular with police departments across the country.  What is troubling is that now some lawmakers in Texas are arguing for permanent roadblocks to combat the drunk driving problem. 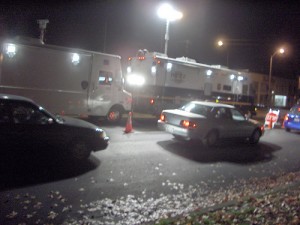 “We really do need to make a cultural change in the state of Texas when it comes to driving under the influence of alcohol,” Deputy Chief Anthony Treviño told the Texas House Criminal Jurisprudence Committee.

In asking that law enforcement agencies be able to stop drivers and conduct routine sobriety tests near drinking-and-driving “hot spots,” Treviño said local data could be used to identify areas where such behavior is prevalent.

It’s not fair to treat law abiding citizens to unwarranted searches under the guise of DUI enforcement.  DUI checkpoints are not about arrests, because they are woefully inefficient at that.  They are about money.

Policing for profit rears its ugly head once again.