Freedom of Speech is Freedom to Question Judges

For a background of the Grine et al v. The McShane Firm, et al. lawsuit, I offer the following:

George Orwell’s masterpiece Nineteen Eighty-Four pictures a bleak future controlled by the Ministry of Truth. Where thought crime and criminal thinking is prosecuted. Many of its terms and concepts, such as Big Brother, doublethink, thoughtcrime, Newspeak, Room 101, telescreen, 2 + 2 = 5 and memory hole, have entered everyday use since its publication in 1949. Nineteen Eighty-Four popularised the adjective Orwellian, which describes official deception, secret surveillance and manipulation of recorded history by a totalitarian or authoritarian state.

In Nineteen Eighty-Four, censorship is the norm. Outright re-writing of history is not only permitted, but engaged upon the large scale, and enforced.

But how did the dystopia of Orwell’s novel begin?

Was it with some sort of massive overnight change?

Most likely, it was by increments. Small concessions over a period of time. Is this the case in Centre County? 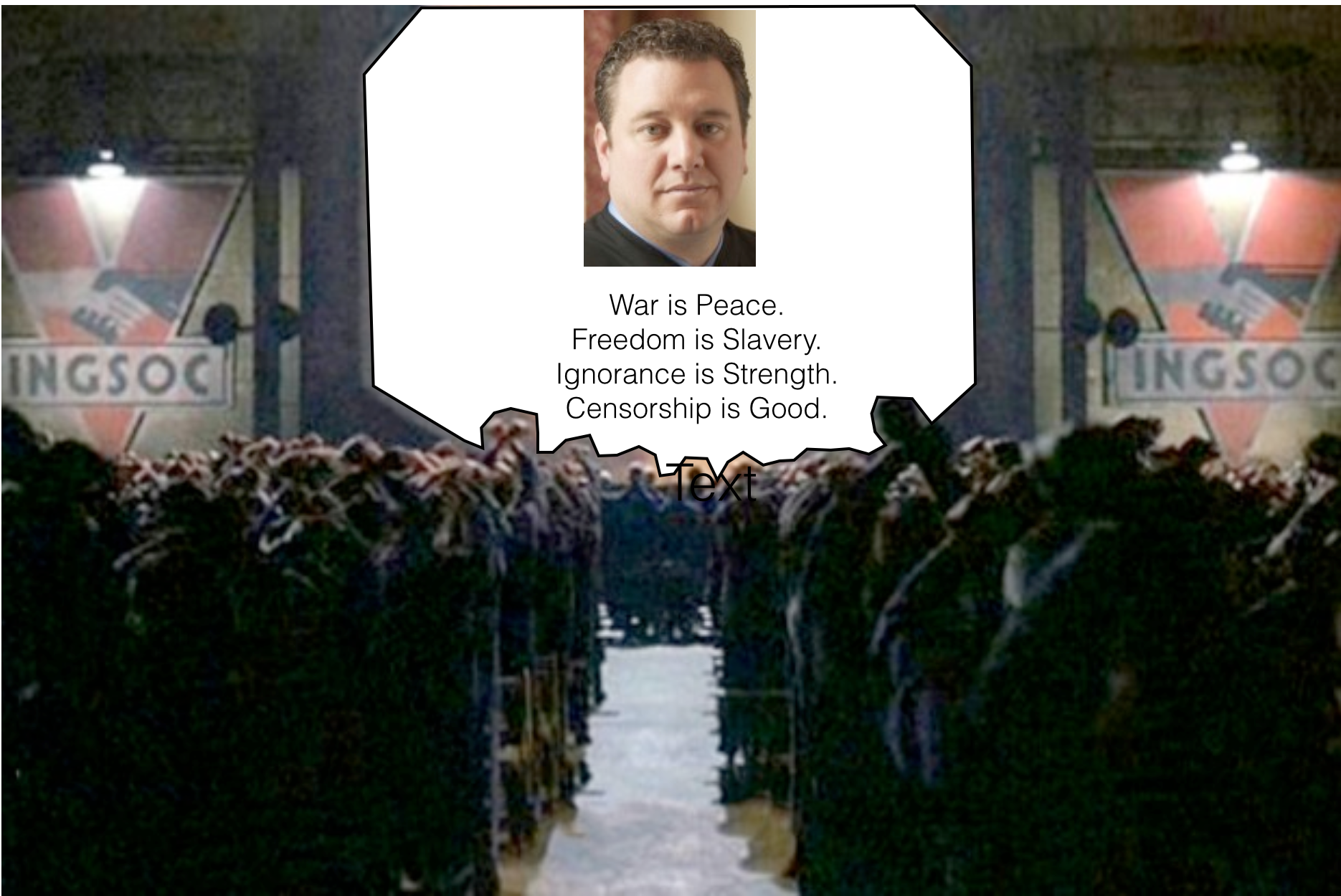 In part, it reads:

“The framers of the constitution knew human nature as well as we do. They too had lived in dangerous days; they too knew the suffocating influence of orthodoxy and standardized thought. They weighed the compulsions for restrained speech and thought against the abuses of liberty. They chose liberty.”

Plaintiff’s arguments seek to have this Court become a censor of thought and expression. He seeks to silence those who wish to question his authority, his fairness, and his fitness for office, and forever muzzle their freedom of expression under penalty of contempt of court and possible confinement. He seeks the threat of these penalties for engaging in truthful public speech. In other words, he wishes to stop inquiry into his office and his practices. This practice, as Supreme Court of the United States Justice Douglas noted is squarely against the founding principles of this country. But the truth —and liberty of thought and expression— comes from promoting inquiry, not from denying it. The answer is more speech, not less speech. And because the disclosed records involve a matter of public concern, this Court should deny Plaintiff’s request for a preliminary injunction, allow the records to be disclosed without restriction, and promote the vigorous public debate about government that is at the core of the First Amendment.

I am committed to see this to the end. I hope you are too.