Justice or an Abortion of Justice? Are some Judges and the Elected DA in Centre County out of Control?

This Firm comes into the public spotlight in the middle of an alarming series of events that has been well played out in the Centre Daily Times, but has evaded national attention:

I want to thank the Centre Daily Times for having the courage to print my letter to the Editor. It is repeated in full below.

“A body of men holding themselves accountable to nobody ought not to be trusted by anybody.”

These famous words of Thomas Paine ring loud in the context of the litigation initiated by Centre County Court of Common Pleas Judge Jonathan D. Grine.

Grine filed an emergency motion to remove beyond public inspection and seal from public knowledge or scrutiny his court filings in a case in which he was the plaintiff.

This request was granted and an order was issued by a senior judge in Grine’s jurisdiction without notice to us or an opportunity to be heard. At the very least, this action, now unsealed, calls into question his actions.

This publicly elected official — this politician — was not satisfied merely with trying to sue other publicly elected officials and us in total secrecy. He sought and was granted an emergency injunction that forbids The McShane Firm, attorney T.C. Tanski and the county from discussing or publicizing what, if anything, was released by the county to us pursuant to our lawful Right-to-Know request.

But there is more.

In his now unsealed documents, Grine seeks the unprecedented and never before granted outcome of forcing a member of the public (Tanski and The McShane Firm) to shred, return and never mention any documents that it may or may not have obtained from the lawful Right-to-Know request.

No other member of the public or elected official would ever argue for such a remedy, let alone possibly attain it.

If presidents Richard Nixon and Barack Obama could not manage to get permanent injunctions against the publication of the Pentagon Papers or Wikileaks, how can a county judge think he could obtain an even more drastic outcome and attack against the First Amendment?

Two sitting presidents dealing with matters of national security could not get this type of relief, but a county court judge who claims that this is a matter of reputation can file his petition and get this emergency injunction granted by a fellow judge in that same jurisdiction within two minutes. That’s right; two minutes!

No other litigant in Centre County would get such a speedy, unprecedented result.

Beyond the obvious well-established First Amendment and prior-restraint violations that such a remedy and action causes, there is Article 1 Section 7 of the Pennsylvania Constitution:

“The printing press shall be free to every person who may undertake to examine the proceedings of the Legislature or any branch of government, and no law shall ever be made to restrain the right thereof. The free communication of thoughts and opinions is one of the invaluable rights of man, and every citizen may freely speak, write and print on any subject, being responsible for the abuse of that liberty.”

Judges are human beings. All judges are subject to the same human emotions that all of us have: fear, embarrassment and anger. Some may even seek revenge.

But where there is a great public need to speak truth to power, I and the members of my firm will not be silenced. In speaking up, there will no doubt be punishment to me and my firm.

The people of Centre County should be concerned about the actions of those in the criminal justice system.

Grine has said he is suing to protect the integrity and independence of the court. His actions perhaps show otherwise.

Filing secret lawsuits, enjoining lawyers from doing their jobs and from using information gained lawfully to fulfill their ethical duties to request an investigation of wrongdoing (if there is any) to the Office of Disciplinary Counsel and/or the Board of Judicial Conduct (if warranted) and using threats of jail and fines through contempt powers certainly does not promote public accountability for publicly elected officials.

When it comes to privacy and accountability, people always demand the former for themselves and the latter for everyone else.

The questions that exist based on public court filings and as covered by the media in relation to Judge Bradley P. Lunsford’s contact with members of the DA’s office can and should call into question the integrity and independence of the court.

As court filings show, these communications are now approaching one or more years old, therefore it would be a dubious claim that such a disclosure would place criminal investigations in jeopardy. And identifying information can easily be redacted. Full disclosure of content is a simple solution to this problem.

In the words of Centre County Commissioner Chris Exarchos, “The problems in the courts … are self-inflicted.”

They certainly are. A public office, especially that of judge, is not a job; it is an opportunity to do something for the public. If Grine truly wants to restore the integrity of the court, the best thing he can do is make public his actions — past, present and future — and welcome public accountability for those actions.

If he truly wants to restore the integrity of the court, he would discontinue his secret lawsuit and disavow his unprecedented remedy. That would be doing something for the public.

If he continues to think his attempted secret lawsuit and seeking to enjoin lawyers from their sworn duty to uphold the Constitution is reflective of judicial values, perhaps he should resign and shrink away into a life where he no longer has to worry about his actions being called into account.

Justin J. McShane is chairman and CEO of The McShane Firm, of Harrisburg, which, along with attorney T.C. Tanski, is named in Judge Jonathan D. Grine’s lawsuit.

While we cannot comment on the contents of any Right to Know (RTK) request that we received, even if we did receive one, the full documents filed in Court are alarming. Here they are:

One news outlet asked why is Attorney TC Tanski personally named in the lawsuit. He is the one who originally wrote the RTK request that is subject of the lawsuit. He does not have to have a reason to ask for any public record. And we are not at liberty because of the injunction to answer why he chose these specific records, but here is his profile on our website:

T.C. is the firm’s appellate and post-conviction attorney. He uses trials’ errors to fight unfavorable verdicts and investigates post-conviction cases for legal error, ineffective assistance of counsel claims, and/or prosecutorial and judicial misconduct. If there is a “breakdown in the judicial system” because of unethical or inappropriate behavior by the government or the judicial system, he is not shy in asserting your rights to get you the justice that you should have received the first time.
T.C. wields two weapons: (1) his unrivaled legal writing skills; and (2) his authoritative presentation at oral argument. He uses his skills to persuade appellate judges and justices with logical, persuasive, and winning arguments.

To make things even more bizarre, the Elected District Attorney filed a totally abnormal lawsuit that reads like a crazy person who is facing a 302 Involuntary Commitment hearing would have wrote it. 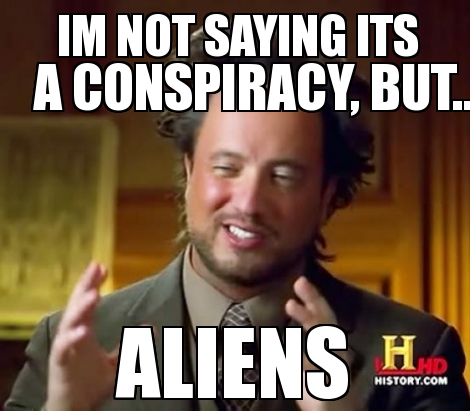 It is full of conspiracy theories, and really odd comments. Her tinfoil hat must be on too tight.

Think I am engaging in hyperbole? Read the actual verified court filings here:

These are verified accusations by the sitting elected District Attorney. One who has the power over the death penalty. Yet, she believes that there is an orchestrated core of people who are out to get her, and ruin her. I would dismiss it as farce or satire, but it was filed in court.

The obvious masterminds behind this plot to “get” Stacy

I have never met Stacy. I hope to never meet her. Certainly questions of mental stability are in order as these are her verified beliefs. Perhaps there is evidence of a lack of capacity to exercise self-control, judgment and discretion in the conduct of their affairs and social relations.

4 responses to “Justice or an Abortion of Justice? Are some Judges and the Elected DA in Centre County out of Control?”