In our series What to Expect if You’re Expecting a DUI, we are taking an in depth look at the process you can expect to face if charged with a DUI in Pennsylvania. Last week we took a look at the Omnibus Pre-Trial Motion, and noted that this is an all encompassing motion wherein the accused asks the Court to examine certain aspects of the case to determine whether or not there was a violation of the state constitutional right or federal constitutional right or a violation of the developed case law.  In a DUI context it typically surrounds challenging five (5) primary areas:

(1) the lawfulness of the traffic stop and subsequent detainment of the individual,
(2) whether or not there was sufficient Probable Cause to arrest,
(3) the lawfulness and the validity of the chemical demand to provide evidence of a BAC,
(4) the validity or the propriety of the alleged reported BAC result or alleged refusal, and
(5) anything else that is suitable.

In today’s post, we will examine the first point “the lawfulness of the traffic stop and subsequent detainment of the individual.”

Can they pull me over for a DUI just because I weaved? Is it a legal stop? Great questions one and all. It really comes down to the large difference between an investigable offense and a stop based upon that and a non- investigable stop. 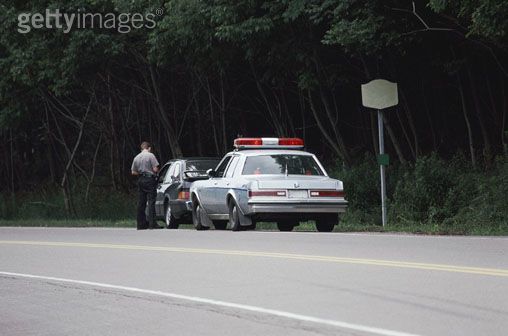 In Commonwealth v. Chase, the Pennsylvania Supreme Court enunciated the proper standard required for a valid vehicle stop in light of substantial confusion surrounding this issue. Commonwealth v. Chase, 599 Pa. 80, 960 A.2d 108 (Pa. 2008). Prior to Chase, in 2004, the Pennsylvania legislature had amended 75 Pa. C.S.A. §6308(b) to require police officers to possess only “reasonable suspicion” that a Motor Vehicle Code violation is occurring or has occurred for a valid vehicular stop. Previously, 75 Pa. C.S.A. §6308 had required police officers to possess “articulable and reasonable grounds” of a Motor Vehicle Code violation in order to effectuate a valid traffic stop. 75 Pa. C.S.A. §6308(b).

Following the enactment of 75 Pa. C.S.A. §6308(b), the Pennsylvania Superior Court applied the newly enacted “reasonable suspicion” standard. The Pennsylvania Supreme Court, on the other hand, disregarded the “reasonable suspicion” standard and continued to require the existence of probable cause. In doing so, the Pennsylvania Supreme Court continued to apply its precedential decision in Commonwealth v. Gleason, 567 Pa. 111, 785 A.2d 983 (Pa. 2001), where it had held that a police officer must possess probable cause to believe that the vehicle or the driver was in violation of some provision of the Motor Vehicle Code in order for the stop to be valid.

Due to the aforementioned inconsistent approaches and analysis taken, the Pennsylvania Supreme Court addressed the confusion surrounding this oft-argued issue in Chase and determined whether the 2004 amendment of 75 Pa. C.S.A. §6308 was constitutional. In Chase, the police officer arrested the defendant for DUI after he observed the defendant’s vehicle cross the center line for several seconds while speeding. Chase, 599 Pa. at 86-87,960 A.2d at 111. The police officer had followed the defendant’s car and observed it cross the right fog line and center line for several seconds and then make a wide right turn. Id. at 87, 111. The defendant in Chase filed an Omnibus Pre-Trial Motion to suppress all evidence obtained after the traffic stop and argued that the stop itself was unconstitutional, because 75 Pa. C.S.A. §6308 required only reasonable suspicion for a police officer to effectuate a traffic stop. Id. In light of these events, the trial court granted the defendant’s suppression motion and concluded that both the federal and Pennsylvania state Constitutions require probable cause to stop a vehicle for an alleged Motor Vehicle Code violation and, in doing so, rendered 75 Pa. C.S.A. §6308(b) unconstitutional. Id. The Commonwealth subsequently appealed directly to the Pennsylvania Supreme Court. 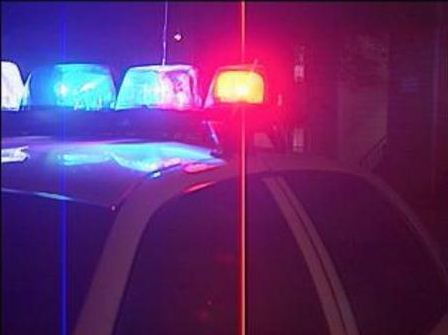 In reaching its decision in Chase, the Pennsylvania Supreme Court looked to federal circuit decisions on this issue, which had consistently held that a vehicular Terry stop to permit the investigation of suspected criminal activity was constitutional. Chase, 599 Pa. at 91-92, 960 A.2d at 114. In doing so, it held that an investigatable stop such as DUI is to be analogized to a Terry-style stop because both are conducted so that the officer can “secure such other information as the officer may reasonable believe to be necessary to enforce the provisions [of the Vehicle Code]. Id. at 80, 108. It stated that, “[i]f reasonable suspicion exists, but a stop cannot further the purpose behind allowing the stop, the ‘investigative’ goal, as it were, it cannot be a valid stop.” Id. at 92, 115.

The Chase Court further explained, stating “[p]ut another way, if the officer has a legitimate expectation of investigatory results, the existence of reasonable suspicion will allow the stop – if the officer has no such expectations of learning additional relevant information concerning the suspected criminal activity, the stop cannot be constitutionally permitted on the basis of mere suspicion.” Id. (emphasis added). Therefore, an investigatory stop based on suspected DUI requires only reasonable suspicion, because, as the Court explained, a DUI stop is “a scenario where further investigation almost invariably leads to the most incriminating type of evidence, i.e. strong odor of alcohol, slurred, speech and blood shot eyes.” Id. Moreover, “[s]uch evidence can only be obtained by a stop and investigation.” Id. On the other hand, the Chase Court indicated that, where the stop was not made for an investigatory purpose, probable cause is required for a valid vehicle stop. Id. Thus, vehicle stops premised upon things such as speeding, running a red light, driving the wrong direction on a one-way street require that a police officer possess probable cause at the time of effectuating the traffic stop to be constitutionally valid. Id. at 93, 115. Such stops, explained the Court, would not yield any more evidence to aid in the officer’s determination of a Motor Vehicle Code violation. Id.

In summary, Chase held that a traffic stop based on reasonable suspicion was sufficient if there is something to investigate, such as a DUI. Id. On the other hand, a vehicle stop based solely on offenses that are not investigatable cannot be justified by a reasonable suspicion standard, because there is nothing further to investigate. Rather, “[a]n officer must have probable cause to make a constitutional vehicle stop for such offenses.” Id.

The best example is in the case of speeding. If you speed, it is a binary concept. You either did in fact speed or you did not. There is no maybe. There is no investigation into whether or not you did it. Either it happened or it did not. They can either prove this through using an acceptable and calibrated speed timing device that you did it or not. The officer pulling you over cannot further his investigation by stopping and asking you questions about it. In this example of speeding because speeding is non-investigable, the requirement is Probable Cause. If the Officer thinks or has a hunch that you are speeding, this is not probable cause as probable cause is defined as the required quantum of proof of facts or evidence (that actually exist-not based upon conjecture, guess or even an educated hunch) that would lead a reasonable person (using an objective standard) to believe that a suspect has committed a crime based upon the totality of the circumstances (weighing both the good and the bad).

Furthermore, in determining whether the officer conducting the stop of the vehicle had probable cause, the trial court should begin by examining the officer’s explanation of why he or she conducted the stop which should be seen only as a starting point. In Commonwealth v. Battaglia, the Superior Court concluded that the officer’s belief that the individual was driving his vehicle in an "erratic" fashion was not enough to rise to the level of probable cause required for a lawful detention of the individual. Commonwealth v. Battaglia, 802 A.2d 652, 655 (Pa. Super. 2002). In Battaglia, there were seven (7) factors which the officer presented to the court which included: "the defendant made a wide left turn," "the defendant appeared to cross over the white line during a wide left turn," and "the defendant’s vehicle crossed the broken white line from the right lane into the left lane." Id. Considering the three (3) previously mentioned factors combined with four (4) other factors the Superior Court held that the stop was unlawful, ordered suppression, and wrote that "perceived ‘erratic driving’ in and of itself is not a violation of the Code and, without more, does not provide probable cause to execute a traffic stop."

What does all of this mean?

This means that according to Pennsylvania Law, “erratic driving” observed by a police officer is not enough evidence to execute a traffic stop. Unfortunately, when police officers are cross-examined, many of them state their “probable cause as “suspect touched the fog line” or “car was weaving”. This in and of itself is not enough evidence to stop a car.Unfortunately, many “jack-of -all-trades” lawyers who represent DUI cases do not have the knowledge and experience to be able to challenge these issues in court. At The McShane Firm we have all gone through highly specialized DUI training and are able to effectively argue these issues in court.