We have been examining the steps in the process that a good Pennsylvania DUI Attorney would take in professionally and aggressively handling a Pennsylvania DUI.  The next step you can expect to face is the preparing and filing of the Omnibus Pretrial Motion.  In the Commonwealth of Pennsylvania, this must be filed within 30 days after the formal arraignment.  An omnibus pretrial motion is a grand all encompassing motion wherein the accused asks the Court to examine certain aspects of the case to determine whether or not there was a violation of the state constitutional right or federal constitutional right or a violation of the developed case law.  In a DUI context it typically surrounds challenging five (5) primary areas:

(1) the lawfulness of the traffic stop and subsequent detainment of the individual,

(2) whether or not there was sufficient Probable Cause to arrest,

(3) the lawfulness and the validity of the chemical demand to provide evidence of a BAC,

(4) the validity or the propriety of the alleged reported BAC result or alleged refusal, and

(5) anything else that is suitable.

In separate posts we will address each of these, but first we need to address some important background information that we will draw upon during the later discussions so it all makes sense.  Under Article 1 Section 8 of the Pennsylvania State Constitution as well as the Fourth Amendment to the United States Constitution as applied to the states through the Fourteenth Amendment all people are to be free from unreasonable searches and seizures of their person.  What is important at this point is to understand that if there is a violation of either Article I Section 8 or the Fourth Amendment there are dire consequences for the Government. It is called the “Exclusionary Rule”.

Under the Exclusionary Rule if there is a violation of either or both of these provisions, all of the after acquired evidence (meaning everything that happens afterwards) is suppressed (meaning thrown out and cannot be used in trial).  This in the vernacular of the day is sometimes referred to as “the fruit of the poisonous tree”.  This result, the total exclusion of everything afterwards, is intentionally harsh.  It is deliberately designed to be a powerful prophylactic rule meant to literally teach the police by issuing extreme consequences on them to teach them to stop doing some prohibited action in the future.  Believe me it works.  In my opinion it is not used enough and applied with consistency, but nevertheless it is important arrow in the proverbial quiver of a talented and skilled DUI litigator. 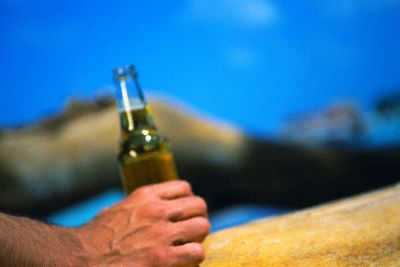 For example, suppose there is a car that is traveling down the road and it is weaving only for a very brief moment in time WITHIN its own lane, but is not endangering other motorists or property.  A police officer sees this momentary and minor weaving within the lane and stops the car based solely upon that and not a suspicion of DUI.  He approaches the car.  The driver is alone.  The driver has a beer in his hand and a thirty pack with eight missing beer cans on the seat next to him with what appears to be a corresponding 7 missing empty crumpled beer cans on the floor (he has the eight one in his hand).  He tells the officer that he is drunk as a skunk.  He says that he has been driving drunk on purpose drinking and driving and has been drinking those 8 beers over the last two hours slamming the first several.  As he gets out of the car, he can hardly stand.  He exhibits all of the clues on the Standardized Field Sobriety Test and a Portable Breath Test.  He is literally falling down drunk.  He is arrested.  He is Mirandized.  He admits to everything giving a ton of details as to the who, the what, the where, the when and the how much he had been drinking as well as admitting that he is in perfect mental and physical health.  All of this is recorded both visually and audibly on the police cruisers dash camera.  He is taken down to the hospital and an absolutely perfect blood draw is performed.  The blood tubes are stored perfectly, transported perfectly and the analysis of the blood is done perfectly yielding a result of .241 BAC as measured in whole blood by a perfect Gas Chromatograph with a Flame Ionization Detector.

What is the legal result?  The initial encounter, the stop of the vehicle was illegal.  Why?  Because the driver swerving slightly within his own lane is not enough evidence to serve as probable cause for a DUI stop.  Anyone who is perfectly sober can swerve slightly.  Since there was not enough probable cause, the stop was illegal.  As a result, everything after that is suppressed or thrown out.  The beer in his hand, the thirty pack, the empties, the admissions of drinking, the information as to the who, the what, the where, the when and the how, everything he said to the officer, the dashcamera video and audio recording, the SFSTs, the PBT, and the blood results.  All gone.  Why?  In the United States, the ends do not justify the means.  The initial stop has to be wholly legal, otherwise the evidence gets suppressed.

The Exclusionary Rule is often referred to in a derogatory nature as a legal technicality, but it is so vitally important to the welfare and the safety of all citizens and is well rooted in our country’s not too distant past experiences with the abusive nature of absolute police power as wielded by the British against our colonist forefathers and mothers.  After all, who wants to live in a world where the ends justify the means?  The Exclusionary Rule applies to all persons within the United States regardless of whether they are citizens, immigrants (legal or illegal), or visitors.  Next we will discuss in detail the Omnibus pretrial motion in the context of the initial detention and specifically in the context of a DUI meaning a traffic stop.

One response to “What to Expect if You’re expecting a DUI: Omnibus Pretrial Motion”