We have all heard of the “Innocence Project” which is a national joint legal and scientific project to identify and where appropriate re-examine cases where guilt has been found and after being examined with “fresh eyes” and with the use of DNA to either confirm or exonerate those actually convicted of a crime. To date, over two hundred (200) people who have been convicted after a full-blown Jury trial have been factually and totally exonerated through the use of DNA. I think everyone thinks this is a good idea. 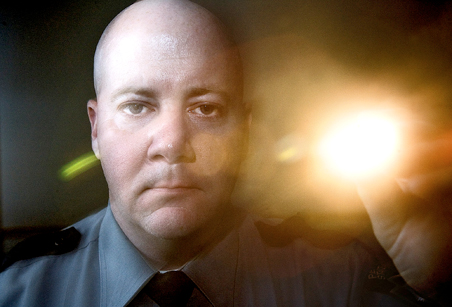 There is little doubt that a certain segment of our society believes that someone who is simply accused of a DUI should be found guilty automatically. No trial. No Due Process. No Constitution. No Bill of Rights.

When people ask me what I do, I respond that I think that our office’s work is sort of like the DUI Innocence Project where we use science and facts to examine the Government’s case against the accused without pre-conceived notions and without pre-fixed conclusions in mind. If the accused is factually and scientifically guilty, then he or she is. If he accused is not, we contest the case using the truth as a defense: we use forensic science, metrology and experts much like the DNA based “Innocence Project’ does to exonerate the falsely accused.

Traffic Stop. Officer approaches. Officer says, “Have you been drinking?” [You say either yes or no.-It really doesn’t matter as the next event is unavoidable]. Officer says, “Step out of the car. We’re going to do some tests.”

Now this is where it gets scary. The Officer is going to try to administer the battery of roadside tests known as Standardized Field Sobriety Tests (SFSTs) as developed and published by the National Highway Traffic Safety Administration (NHTSA). The stated purpose behind these tests is to use a standardized method that has been supposedly scientifically validated to correspond to behavior by using divided attention psychomotor function tests to arrive at an objective opinion that the test taker is possibly above a .10 or a .08 BAC level.

But what if the Officer, doesn’t know what he or she is doing?

What if the Officer is under-educated or improperly trained?

What if the Officer cut corners?

What if the Officer just simply doesn’t care?

Well, that is what one expert has looked into…

Lance Platt is a renowned NHTSA/IACP SFST Instructor who has testified as an expert in the proper instruction, administration and interpretation of the Standardized Field Sobriety Tests, in many, many state and federal courts. In the DWI Journal: Law & Science Journal, he published an article that examined the differences between the manner in which officer was trained to perform the Standardized Field Sobriety Tests and the manner in which the Officer actually administer them.

In other words, the difference between the book and the real world.

For example, the Horizontal Gaze Nystagmus test (the eye tracking test which is one of the 3 supposedly validated tests), Mr. Platt wrote that there are sixteen (16) distinct elements that make up the test. Mr Platt chose to examine at random three hundred and sixty (360) video recorded administrations nationwide to determine whether or not the test was given correctly by the Officers at roadside.

He found only twenty-four (24) were performed correctly per the NHTSA Manual. Those 24 represent only 7% of the tests administered, meaning that officers administered the test incorrectly 93% of the time.

Now this is 93% figure only speaks as to the incorrect administration of the test. It is very likely that when those twenty-four (24) tests that were administered correctly are further examined to see if the interpretation of the tests were correct, we will get closer to zero.

This is only for the HGN test which is only one out of the three tests given at roadside in most cases.

This is why a DUI Innocence Project is so important.  This is why we do what we do.

9 responses to “DUI Innocence Project: 93% Wrong-False Use of Roadside Tests Can Lead to False Arrest”