Yesterday, the National Transportation Safety Board (NTSB) recommended that states reduce the allowable blood-alcohol concentration for DUI from 0.08% to 0.05%  claiming that it will make the roads safer.  Unfortunately, this recommendation has no scientific backing and will result in many more false arrests if adopted. It is based upon a belief not founded in statistics that simply lowering an already artificial limit to a lower limit. It might make sense until you start to understand the difference between correlation, causation and multi-variable changes.

For example, three months ago after I got over the flu, I started eating an apple each and every day. You know what? I only got sick once. Therefore, as long as I eat an apple a day, I will only get sick once every three months, right? Well, I think I am going to increase my apple intake to 3 a day, and I theorize that if I do so, I will not get sick at all during those three months. Am I right? How about if I told you that I not only started to eat an apple a day, but at the same time, I washed my hands more, started exercising properly, eating more healthily and got more meaningful sleep. Does that change your mind as to the causation of my better health?

The same is true with this argument of 0.08 to 0.05. There are a lot of moving forces that can account for a decrease in DUI:

3. Downturn in the economy makes social drinking outside of the home more expensive, and less people drive or drink and then drive.

4. Greater education in the harms of DUI.

5. Increase of interlock use for recidivists. 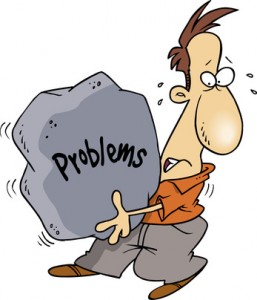 Overall, the problem is the system is broken.   Everything from police training to testing and equipment maintenance needs to be fixed.  As it stands, these problems are leading to innocent people being convicted of DUI.  If the limit is lowered, more innocent people with be affected which could be you or me.

Here is a laundry list of problems plaguing DUI enforcement:

It’s time to clean up DUI enforcement before we can talk about increasing penalties or lowering limits.